When she was in grad school to become a therapist, Merika Reagan sketched out her future with a friend. They would each start their own practice, buy homes and raise their families in Oakland.

Her classmate, who could count on her family’s financial support, achieved the dream.

But Reagan struggled to find a job that checked her school’s internship requirements and still paid the rent. Her parents, who stayed in senior housing and later passed away, left no savings. She never finished her degree, bought a home or started a family — and she has a clear explanation for why their paths diverged.

California is in a deep housing crisis that has made it nearly impossible for many to afford rent, let alone buy a house. That crisis is, in part, the result of a decade of housing supply not keeping up with demand. But for communities of color, and especially Black people, housing is less an emergency than a chronic illness compounded by centuries of discriminatory, if not outright racist, policies.

“A housing crisis implies it hasn’t been happening this whole time,” said Roderick Hall, a project manager at Pacific Urbanism and a steering committee member of Our Future Los Angeles, both housing groups.

And housing inequality worsened during most of the COVID-19 pandemic, with Blacks and Hispanics more likely than whites to be at risk of eviction and foreclosure, according to a study by the Brookings Institution, a Washington, D.C., think tank. While inequality has lessened from its peak, that’s because more whites are facing housing instability, the study says.

“People have always had issues with housing, but now it’s hit the white middle class,” Hall said. “And now that it’s not working for them, it’s becoming an issue.”

Homeownership has long been the primary way that families build wealth in the United States. That’s especially true in California, where home prices have skyrocketed. And over the years, many Black families have been deliberately excluded.

Redlining systematically denied loans on homes in predominantly Black neighborhoods. New highways bulldozed through thriving Black communities, while urban renewal destroyed struggling areas. Changes in zoning from multifamily to single family homes allowed white neighborhoods to exclude Black residents from moving in. During the 2008 housing crisis, lenders pushed risky subprime loans more aggressively to Black people, who lost their homes in hundreds of thousands of foreclosures, according to a recent report by the Terner Center for Housing Innovation at UC Berkeley.

In California today, about 63% of non-Hispanic white families own their homes. Only around 36% of Black households can say the same, a gap that has actually widened since housing discrimination was officially outlawed with the Fair Housing Act of 1968.

Even when Black families own their homes, they are typically worth less. A recent study by Brookings found that on average, owner-occupied homes in Black neighborhoods are undervalued by $48,000, adding up to $156 billion in cumulative losses.

The median white family in the United States now has more than eight times the wealth of the median Black family. In Los Angeles, one study found Black and Mexican households hold only 1% of the wealth of whites households.

One significant way to narrow this gap, many California lawmakers agree, is by making it easier for people to buy a home. The challenge: Research by the California Association of Realtors shows that less than a fifth of Black Californians could afford to buy a median-priced home last year, compared with about two-fifths of white households.

A recent study by California Forward, a nonprofit advocacy group, found a gap totaling $61.8 billion between the home prices that low- to moderate income California households can afford and the typical home prices where they live. Latino, Black and Native American Californians were disproportionately represented in that gap. 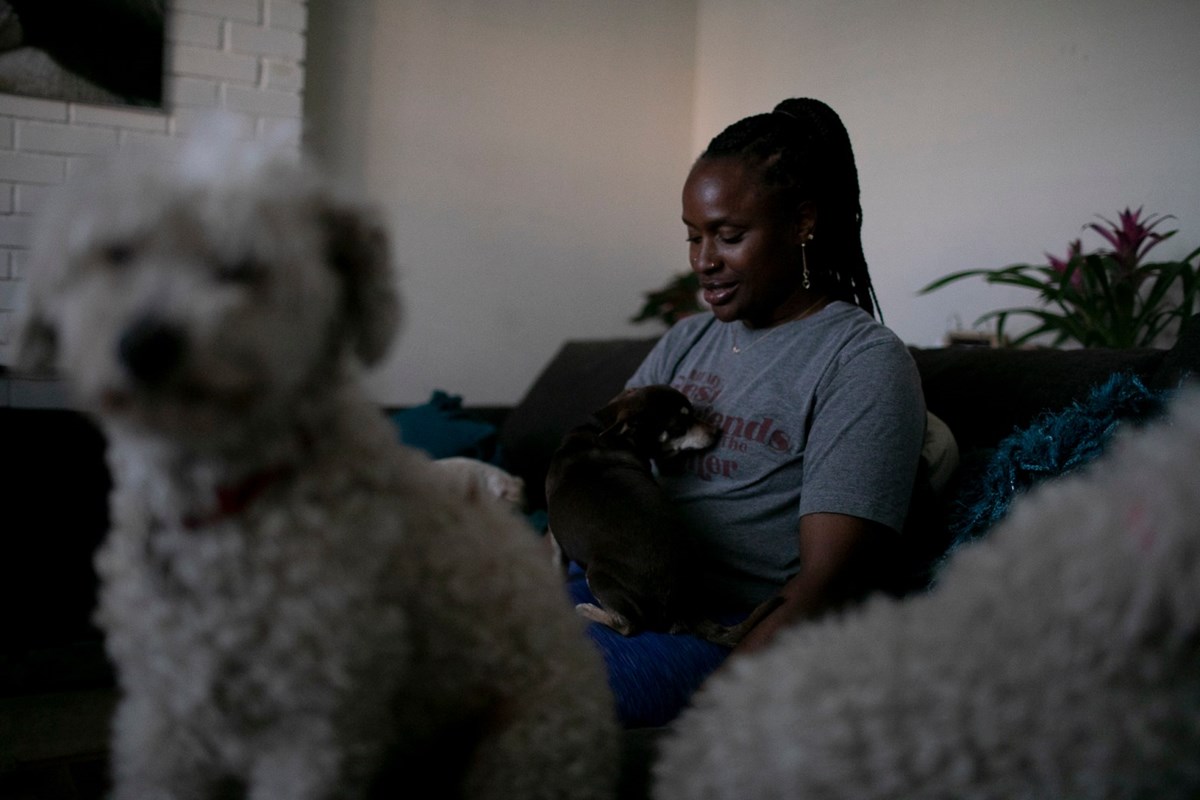 Merika Reagan plays with Jordan, a chihuahua mix, and her two poodles, Goldie and Consuelo, in the living room of her Oakland home. Since 2016, Reagan has faced annual rent hikes she feared would leave her homeless.Anne Wernikoff / CalMatters

A few programs boost homeownership through help with down payments — one of the biggest barriers to buying a home for people who don’t have savings or wealthy parents. The largest state program is through the California Housing Finance Agency, which provides as much as $11,000 of down payment assistance to qualifying first-time homebuyers.

While this program is designed to help low- and middle-income Californians of all races, Hispanic and Black borrowers are overrepresented. About 8% of last year’s borrowers who took advantage of this state aid were Black, which is more than the 5.5% Black share of the state population. More than half of borrowers identified as Hispanic, compared with their 39% share of the state population.

If California hopes to close the racial homeownership gap, however, those numbers need to be far higher.

“If it wasn’t so important, why did they lock you out of it? I need the Black community to understand,” Garner said. “It’s a better lifestyle for our children. It’s employment opportunities. Owning a home is more than just building wealth.”

Still, she said the program’s biggest obstacle has been getting the word out and securing trust. She recalled sitting at an informational booth in a predominantly Black community. A long line formed to speak with Garner, a Black woman, while her white colleague sat idle.

“How can you solve an issue in a community you never set foot in?” she asked. “For us to get somewhere in housing you have to bring these voices to the table.”

Aside from the need for down payment assistance, Black people disproportionately suffer from poor debt-to-credit ratios, which make it difficult to buy a house through any program. That’s because people of color have long been flooded with predatory loans and excluded from the lending system, said Maeve Elise Brown, executive director of Housing and Economic Rights Advocates in Oakland.

“There are scored differentials based on race in our country, which are inextricably tied to a historic lack of access to credit or being force-fed onerous credit,” she said. “This is the lingering aftermath of that damage. Those are lost years.”

Several banks have acknowledged the role of past structural racism in the financial system. But there’s little consensus on how to move forward. Shareholders recently urged the nation’s biggest banks to take a closer look at how their practices affect communities of color. The banks largely responded that it was unnecessary because of internal initiatives and investments in the issue. JP Morgan, for example, committed $30 billion over the next five years toward Black and Latino homeownership and affordable rental financing programs.

Flush with a historic budget windfall of more than $100 billion, state lawmakers have a chance to put their money where their mouths are on housing. Assembly and Senate budget leaders alike have identified homeownership as key, but must still agree on the details.

The Assembly has made it a priority to increase investment in the finance agency’s down payment assistance program. By how much, or the source for that funding, is yet to be hammered out.

In his revised budget that he submitted to the Legislature on Friday, Gov. Gavin Newsom proposed a $100 million state and federal investment in the same program. Newsom also proposed $100 million to finance “granny flats” and other accessory dwelling units for low- and middle-income families.

Senate Democrats have a more radical idea. Under their pandemic recovery budget blueprint released last month, the state would partner with first-time homebuyers to buy through what they’re dubbing “California Dream for All.” The state would pay, and own, up to 45% of the home, cutting the purchase price for people by nearly half. For example, a family could buy a $400,000 home for $220,000 under the program.

The money would come from a yet-unspecified revolving fund set up by the state, with shares sold to investors. As home values increase, so would the value of the shares.

The Democrats have proposed commissioning the state treasurer to hash out the program in greater detail and present it back to the Legislature for approval in 2022.

The expansion in homeowner aid would disproportionately favor low-income communities of color who most need the help, allowing the state to “circle around” the constitutional provisions that bar the state from considering race in programs, said Muhammad Alameldin, economic equity fellow at the Greenlining Institute in Oakland. 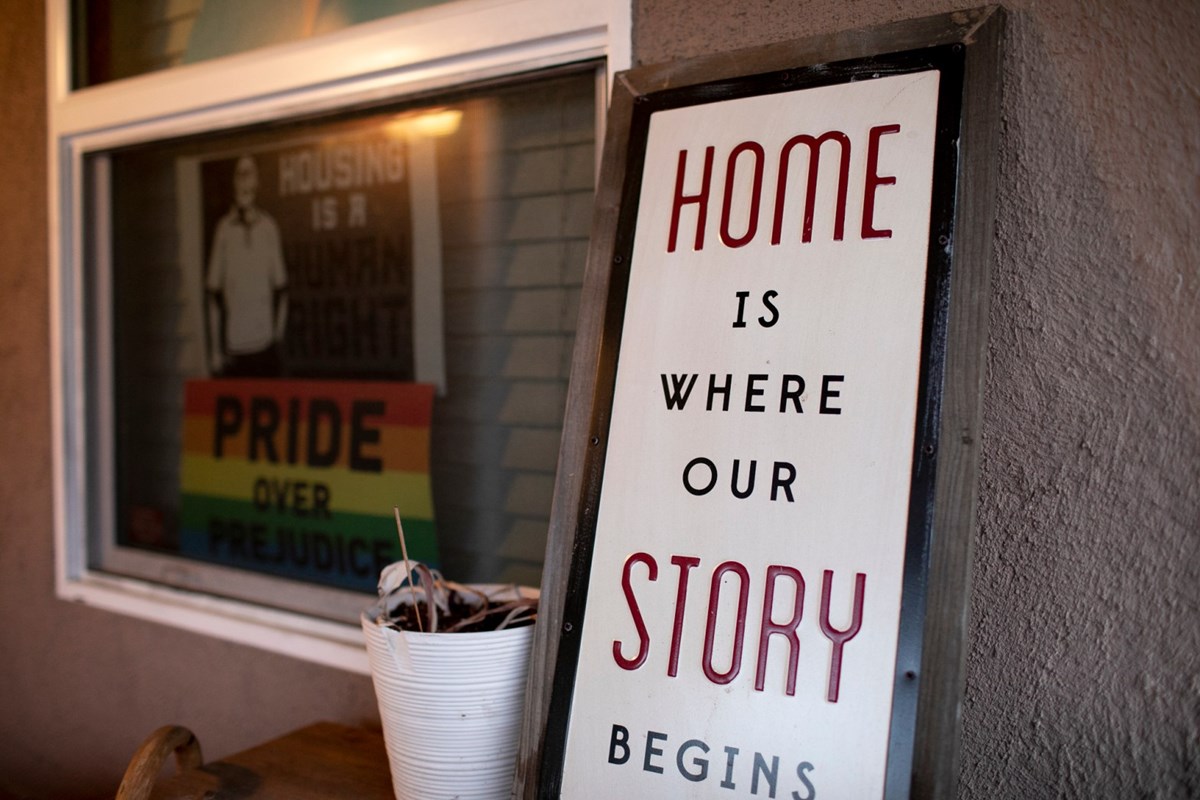 Are legislators ready to tackle…

Read More:What California Lawmakers Could Do To Boost Homeownership For Black Families