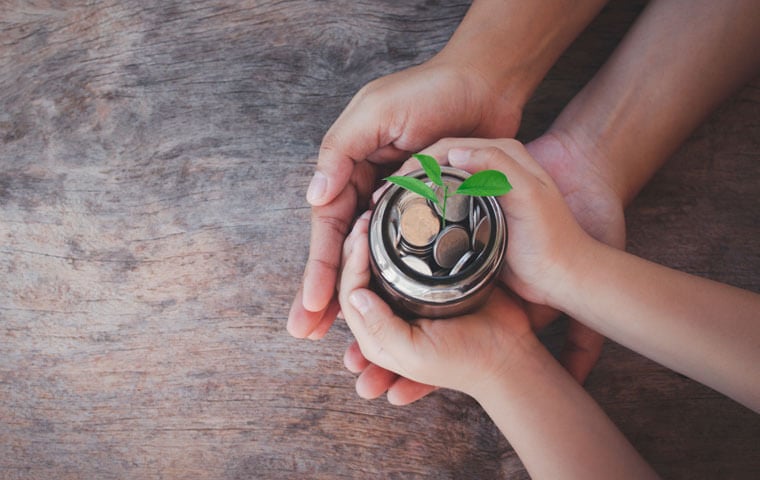 Can children have Individual Retirement Arrangements (IRAs)? Yes, as there is no minimum age for having an IRA. Due to the power of compound interest, saving tax-free in an IRA from childhood can provide a significant head start on financial security. There is, of course, a catch – the child must have earned income in order to contribute to an IRA. They also cannot contribute any more that what they have earned, or the annual limit on IRA contributions ($6,000 in both 2020 and 2021), whichever is less.

Here’s five things you can do if you want your children or grandchildren to save.

1. Open an IRA for every child who has earned income. Any kind of paying work will do: babysitting, lawn mowing, and so on. Be aware that some states will require that a “guardian IRA” be set up for a minor.

2. Give the children money to make IRA contributions. They are likely to want to spend their income from working; Lord knows, we did.

3. Use a Roth IRA. Contributions to Roth IRAs can be withdrawn at any time, for any reason, with no income tax or early withdrawal penalty. Investment earnings in a Roth IRA may be eventually withdrawn tax free (when the account holder is at least 59 ½ years old and the Roth account has been open for at least five years). Contrast this with a Traditional IRA, where withdrawals are taxable and subject to a 10% penalty if taken before the age of 59 ½. Yes, Traditional IRA contributions are tax deductible, but the child will be in such a low (or even non-existent) tax bracket that the deduction will mean little or nothing.

4. Take risks. Although stocks have returned close to 10% a year on average over the last 90+ years, they can be volatile and create unnecessary risk for those close to retirement. Children are nowhere near retirement age and can afford to take risks with their investments. It’s likely that a child whose IRA was invested in stocks would see a return equal to, or better than, the 7% used in the example in the second paragraph.

5. Keep good records for the children in case the IRS comes looking. Make sure that any IRA contributions are based on income that is “on the books” in their tax return. You can file a tax return, even if there will be no taxes due.

Starting early and saving often can put your children/grandchildren on the path to security later in their life.

What it Takes to Be a TSP Millionaire in Today’s Dollars
With a long enough timeline, involving consistent large contributions and decent long-term stock returns during the period, it’s possible to become a millionaire from compounding a middle-class or upper middle-class income, including most jobs in federal service.

Yes It’s OK to Spend Your TSP in Retirement

Do You Really Need to Save 10X Salary for Retirement? Not if You Have a Pension

Read More:Set Up an IRA for a Child or Grandchild for a Head Start