Shares of Owens Corning (NYSE:OC) have been assigned an average rating of “Hold” from the twenty-one ratings firms that are currently covering the company, MarketBeat.com reports. Two investment analysts have rated the stock with a sell rating, eight have given a hold rating, six have assigned a buy rating and one has given a strong buy rating to the company. The average twelve-month price target among analysts that have covered the stock in the last year is $85.06.

Owens Corning (NYSE:OC) last released its quarterly earnings results on Wednesday, April 28th. The construction company reported $1.73 EPS for the quarter, topping the Thomson Reuters’ consensus estimate of $1.42 by $0.31. Owens Corning had a return on equity of 17.38% and a net margin of 10.10%. The business had revenue of $1.92 billion during the quarter, compared to analysts’ expectations of $1.83 billion. During the same quarter in the prior year, the business earned $0.62 earnings per share. The company’s quarterly revenue was up 19.6% compared to the same quarter last year. On average, research analysts predict that Owens Corning will post 8.04 EPS for the current year.

The business also recently disclosed a quarterly dividend, which will be paid on Friday, August 6th. Investors of record on Friday, July 16th will be paid a dividend of $0.26 per share. This represents a $1.04 dividend on an annualized basis and a dividend yield of 1.07%. The ex-dividend date of this dividend is Thursday, July 15th. Owens Corning’s payout ratio is currently 19.96%.

Owens Corning manufactures and markets a range of insulation, roofing, and fiberglass composite materials in the United States, Canada, Europe, the Asia Pacific, and internationally. It operates in three segments: Composites, Insulation, and Roofing. The Composites segment manufactures, fabricates, and sells glass reinforcements in the form of fiber; and manufactures and sells glass fiber products in the form of fabrics, non-wovens, and other specialized products. 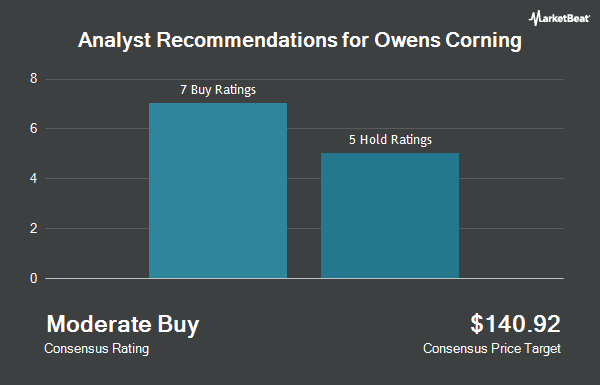 Featured Article: What is the Beige Book?

7 Cryptocurrencies That Are Leading The Mark
et Higher

An Influx Of Capital Is Driving Cryptocurrency Higher

There is an influx of money to the cryptocurrency market that is driving the entire complex higher. Not only is institutional interest peaking but recognition and use are on the rise as well. With Bitcoin setting new all-time highs 100% above the 2017 highs the number of new Bitcoin millionaires is on the rise too.

But Bitcoin is not the only cryptocurrency on the market today by far. The number of cryptocurrencies on the market has been growing steadily with more than 4,000 listed on Coinmarketcap alone. But that doesn’t mean they are all worth your time. Many if not most will not stand the test of time.

View the “7 Cryptocurrencies That Are Leading The Market Higher”.