MOUNTAINBURG — An initiative to furnish potable water to about 625 households in north-central Crawford County has fallen short of the support it needs to proceed.

Mountainburg Mayor Susan Wilson said the city received 270 of the 400 signed water user agreements, along with accompanying $100 deposits, needed by the June 1 deadline she set.

A committee of people who own property in the affected area will ask the City Council during its meeting today to extend the deadline to Oct. 1.

No water system serves the households, located between Mountainburg and Cedarville from the Washington County line south to Rudy, the mayor said. Residents either rely on wells for their water or haul it in.

Denise Wright has lived in the same location in the Chester area since 2003. Wright said she makes a round trip of about 60 to 90 minutes to haul water from a water filling station by the Lake Fort Smith Water Treatment Plant back to her home in a 325-gallon tank in the back of her pickup. The poor condition of the roads between her home and the station has caused significant wear-and-tear on her pickup, she said.

Wright said she supports the proposed water project not just for herself, but for the many others she knows who desperately need water.

“Financially, it would increase my property values,” she said. “I’m 65 now. I know at some time in the future, I’ll be wanting to sell the property, and it would be extremely hard for me to sell a piece of property that didn’t have running water on it.”

Wilson estimated different groups have tried to alleviate the issue for at least 20 years. She was approached by the committee about the proposed project, which it developed with the Fort Smith-based firm Hawkins-Weir Engineers.

Royal Wade Kimes said he and fellow property owner Cliff Hubbs put the five-member steering committee together and started developing the project in late 2016 or early 2017, when Neal Moon was mayor of Mountainburg. Kimes returned to the area from Nashville, Tenn., in 2016 and decided something needed to be done after seeing “pickup after pickup” of people hauling water.

“One of the reasons why I would like to see this water, besides everybody just needs it, is the fact that some of the kids in these mountains don’t have water, and so when they go to school, they have to take their showers at the school,” Kimes said. “And I don’t think that that should happen.”

The project, which is divided into two phases, would include adding 66 miles of pipe to Mountainburg’s water distribution system to get water to the households in the affected area, Wilson said. The project would cost an estimated $9.5 to $10 million, although a cost per household hasn’t been determined.

Wilson said the city intends to get the necessary money for the project through grants and loans from agencies such as the U.S. Department of Agriculture Rural Development, the Arkansas Economic Development Commission, the Arkansas Natural Resources Commission and Crawford County.

However, 400 property owners in the area need to sign user agreements laying out the conditions for purchasing water from the city, a requirement set by Wilson. Wilson said the requirement is necessary to demonstrate to funding agencies the project would be sustainable should they decide to approve financing for it.

“As long as we can do it without it costing the city of Mountainburg to do it, I’m all for it,” Wilson said.

The $100 deposit submitted with these user agreements, which is included in the total cost for the project, will serve as the participants”https://www.nwaonline.com/news/2021/jun/14/deadline-extension-sought-for-proposed-crawford/”buy-in” for construction once the project is funded, Wilson said. It will be refunded should the project not come to pass, with the agreements to be rendered null and void as well.

If the project happens, monthly water bills for the customers would be about $50 for 1,000 gallons of water, according to Wilson. Customers would also have to pay a $150 utility deposit for water. Those wanting to come on to the water project after it’s in place would have to pay a minimum of $1,500.

The city held public meetings April 1, May 1 and June 1 to answer property owners’ questions about the project, as well as provide them an opportunity to sign a user agreement.

Kimes said the committee and other residents have been notifying property owners in the area about the project and the user agreements. Kimes believes the covid-19 pandemic was a significant factor in missing the 400 goal to this point.

Jeremy Shores, vice president of operations for Hawkins-Weir Engineers, said the firm has prepared a preliminary engineering report and an environmental assessment for the project free of charge. Mountainburg purchases water from Fort Smith.

The Western Arkansas Planning and Development District would help the city apply for grants for the project, Wilson said. 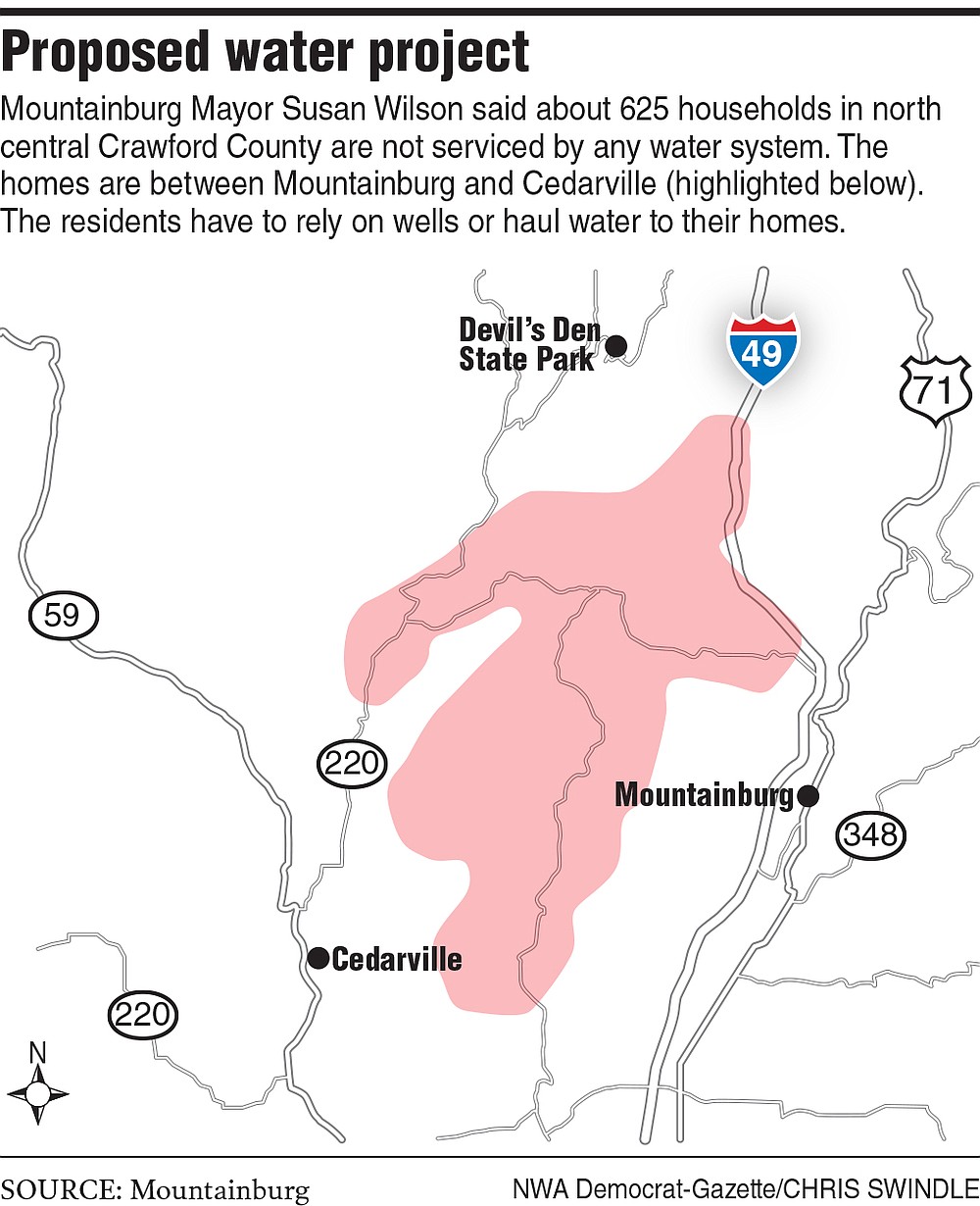 87% of Aussie consumers want to change this purchasing behaviour

AudioValley: Laurence Henuzet Is the New Operations Director at Targetspot

Grants given out in O’Brien County | News