Zoran Bećirović says he’s an ordinary property developer, and he’s suing Montenegro’s two biggest newspapers and a civil society organization for years of reporting “baseless claims” against him in their coverage of his high-profile land deals and connections to political elites.

But leaked bank records and other documents uncovered by OCCRP and its partner in Montenegro, the civil society group MANS, reveal a decade-and-a-half long trail of suspicious business –– including transactions with a firm and two banks involved in Russian money laundering operations.

Separate documents expose details of a complicated land deal for a privatized former military complex that a financial compliance expert described as being “littered with money laundering red flags.”

“My client always complied with the law and regulations in any country,” Bećirović’s lawyer said in response to questions about those deals.

She vacated her post as head of the Supreme Court while serving a controversial third term that was criticized by the European Union and others for violating the constitutional limit of two appointments to the position. Her final year was also marred by allegations of corruption following her sale of a plot of land to Bećirović –– the deal at the heart of his lawsuit. 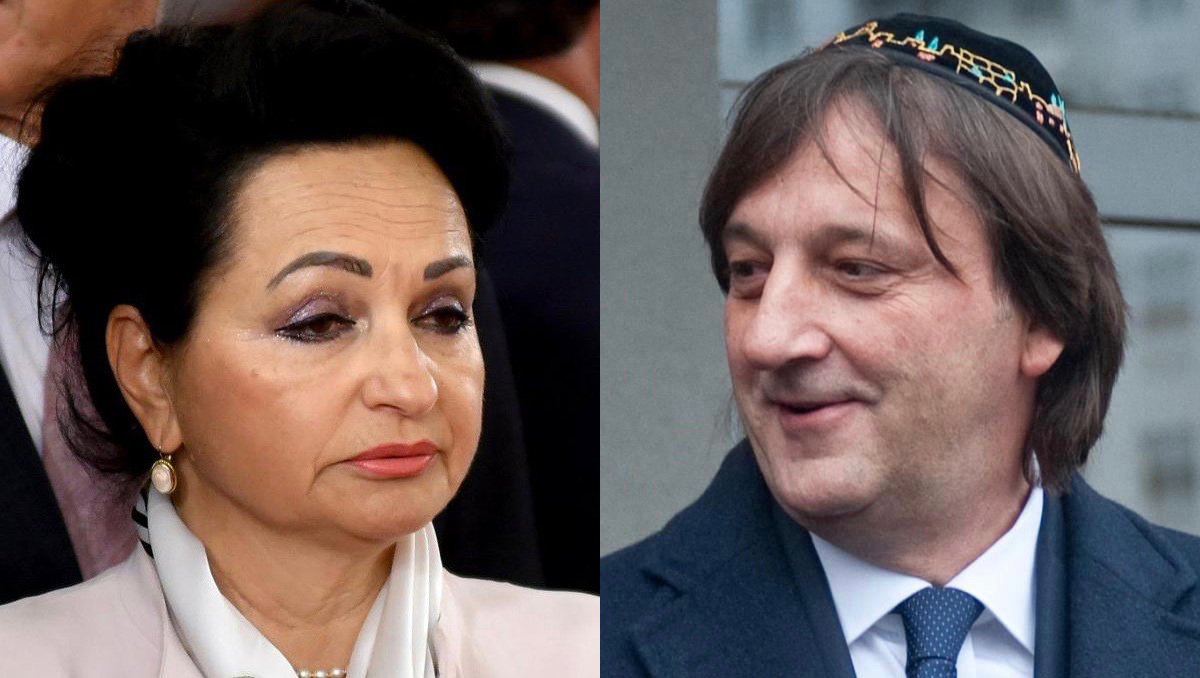 Journalists at MANS filed freedom-of-information requests and discovered that Bećirović bought a parcel of land from Medenica for 139,000 euros in 2015. The country’s tax office estimated the land’s value as 10 times lower. And Medenica failed to report the sale, as required by law.

MANS published that information online and on television in late 2019, along with the newspapers DAN and Vijesti. Bećirović then sued all three organizations for libel, and the case is ongoing. His lawyer, Branko Čolović, said the suit was a response to years of unfair reporting about Bećirović.

“The lawsuit is not the consequence of my client’s caprice or personal animosity, but a real need for protection of his business interests and reputation jeopardized by politically motivated activities and the aggressive unfounded campaign the opposite side is continuously directing against him,” Čolović said in an email, accusing the three organizations of publishing “baseless claims.”

But further investigation of Bećirović companies, including one involved in the purchase of land from Medenica, reveal even more suspicious dealings.

Medenica resigned as head of the Supreme Court in December, the same month a coalition of reformist former opposition politicians formed a new government.

Medenica also rejected accusations that her third term as Supreme Court president was unconstitutional. She said her first appointment did not count because it ended before the constitution was amended to introduce a two-term limit.

When Bećirović purchased the vastly overvalued land parcel from Montenegro’s top judge, the company he used ultimately belonged to Caldero Trading Limited. Bećirović started Caldero Trading in 1995, registering it in Cyprus. His brother, Dragan, was listed as director from 2003 to 2011, the year he was shot and killed in the Montenegrin coastal city of Budva by an unknown assailant. The Cyprus company registry shows that Bećirović then took over directorship.

When Bećirović purchased the former judge’s land, the company he used was a subsidiary of the Cyprus-registered
Caldero Trading Limited
, which he founded and is a director of. Leaked bank records show that Caldero Trading has conducted transactions with an offshore firm and Baltic banks at the center of two networks that laundered huge amounts of money out of Russia.

In 2006 and 2007, Caldero Trading received $3.4 million from an offshore company called Industrial Trade Corp. The purpose of each of the four transactions that made up this total was listed as “computer equipment,” though Caldero Trading is not known to trade in technology, and annual reports available in later years list it as an “investment holding company.”

While the reasons behind the transfers are unknown, they are noteworthy because they fit a larger pattern: Through similarly suspicious transactions, Industrial Trade channelled hundreds of millions of euros out of Russia through accounts at Lithuania’s Ukio Bankas between 2006 and 2013.

These operations placed Industrial Trade at the heart of a massive money movement scheme uncovered by OCCRP in 2019. Called the Troika Laundromat because it was set up by Troika Dialog, once Russia’s largest investment bank, the system laundered vast quantities of money across the world.

Bećirović did not directly answer questions about those transfers or others made through institutions involved in money laundering, but
Čolović
rejected assertions that they implicated his client.

“Please note that my client doesn’t have a legal obligation to keep records of 15 years old business deals, but he is confident that he has never been involved in any kind of money laundering scheme,” said Čolović.

There is another property deal linked to the Troika Laundromat that involves close associates of Bećirović. Leaked Ukio Bankas records show that another Cyprus-registered company used Industrial Trade to transfer funds of unknown origin when it purchased land in Budva, a city on Montenegro’s Adriatic coast.

The company, called Danebrook Limited, bought the piece of land from the municipality in July 2006. The purchasing contract for the prime waterfront location listed a price of 4.6 million euros, to be paid in two installments. However, leaked bank records show that both transfers were made to the municipality not by Danebrook, but by Industrial Trade on its behalf.

Throughout 2006 and 2007, Danebrook continued buying land in Budva, this time from private owners. The 9.4 million euros it paid for several parcels were again sent by Industrial Trade.

The following year, Danebrook transferred ownership of all of its Budva purchases to a subsidiary called DL Montenegro. In the process, the total value — at least on paper — shot up from about 14 million to 96 million euros.

Because its shares were transferred among shell firms, the owners of the Cyprus-registered Danebrook are hidden.

Čolović had signed the purchase agreement for the 4.6-million-euro-waterfront property on behalf of Danebrook. He did not comment on the origin of the funds, or the reason for the dramatic, sudden increase in the value of the properties Danebrook purchased. He said Bećirović was not involved, but he declined to identify the individuals behind Danebrook.

“Mr. Bećirović has never been a part of either the ownership or the management structure of the company Danebrook Limited,” Čolović said. “I no longer represent that company and have no authorization whatsoever to provide information on its business operations to anyone.”

Aside from Bećirović’s lawyer, another close associate of his was involved in the transfer of Budva properties from Danebrook to DL Montenegro.

The executive director of DL Montenegro was Vukota Popović, who is now a director of several companies ultimately owned by Caldero Trading –– the same Bećirović company involved in his purchase of land from Montenegro’s former top judge. DL Montenegro did not respond to a request for comment. 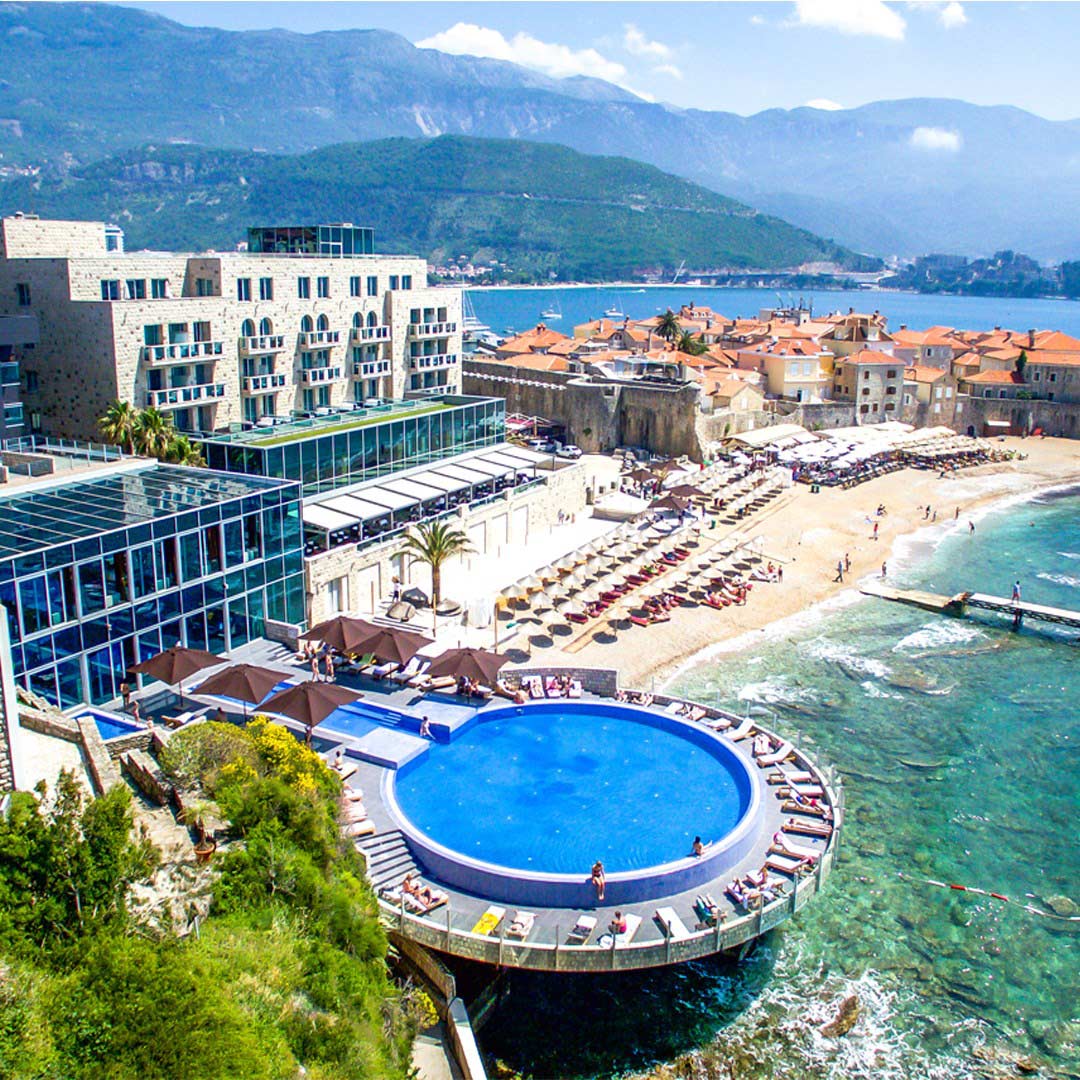 DL Montenegro listed its headquarters as the Avala, a hotel in Budva acquired by Bećirović and at least one Russian partner when the government privatized it in 2004.

Bećirović’s purchase of the Avala was mired in controversy and became the subject of a legal dispute that was resolved in his favor by Đukanović and his sister.

Bećirović and a Russian national named Igor Lazurenko managed to acquire it from the government for 3.2 million euros. But a Dutch hospitality company filed a complaint, as it had made an offer…

London’s Lofti, ‘the Uber of property management’, raises £1M to create a

To Transform Veterans Health Care For The Next Generation, We Should Learn From…