TRUMBULL, Neb. — Simply seeking a rural home for their budding family, the Sjuts family stumbled upon an acreage steeped in history and it took their lives in a direction they hadn’t anticipated.

Scott and Nikki Sjuts wanted to move to a farm house to be closer to Doniphan-Trumbull Schools, where Nikki works as a counselor, and they found one for sale about two miles south of Trumbull in 2010.

The owner, Howard Hohlen, wasn’t eager to sell, but his health was deteriorating and he couldn’t care for the place anymore.

Little did the Sjuts know that Hohlen’s love for the place stemmed not from the land, but from the acres of peony plants scattered around the 40-acre farm.

“He definitely had a passion for the flowers,” Scott said.

After purchasing the farm and beginning the six-month process to renovate the house before moving in, the family learned more and more about the history of the land.

Herbert F. Warren started the farm when he bought a quarter-section of railroad land in 1893, according to the garden’s history at the Sjuts Peony Garden website. Warren planted clippings from three peonies (one each of white, pink, and red) that his father had given him. He had loved the beauty of peonies since his childhood and spent years developing new varieties of the flowers on the land. The land on the farm wasn’t conducive to raising crops, so the Warrens’ cash crop was potatoes, which he peddled to make enough money to feed his family of nine children.

In the early years, Warren gave away the cut blossoms he grew on his place, sometimes even the plants themselves, to anyone who appreciated his peonies. Eventually, Warren had cultivated so many varieties of peonies and grown the farm to the point he had to hire help to work with the flowers and started to sell the peonies commercially.

The height of the Peony Garden’s popularity was in the late 1920s and 1930s. Warren’s work had become recognized by horticulturalists all over the country and visitors from across the United States began to come to see the gardens. It was reported that tens of thousands of visitors per day would come in late May and early June, often causing traffic difficulties on the dirt roads leading to the farm from the nearby highways.

During the years of World War II, Warren had trouble hiring help to maintain the gardens and his children were all grown and had their own homes and families. Following the death of his wife Cora in 1945, Herbert sold his beloved gardens and later died in 1948.

The next owner was more interested in farming than flowers and the terraced rows of blossoms eventually became overgrown with weeds and brush. The Warrens’ concrete markers to identify specific varieties were broken and lost.

In 1965, Howard and Carol Hohlen purchased the farm and worked for many years to restore some of the former luster to the Warren Peony Gardens. The Hohlens purchased new strains to add to the Warren peonies to start the blossoming season earlier and keep it going longer. Howard spend the ensuing decades meticulously working to restore and multiply the plants.

Following Carol’s death and Howard’s deteriorating health, much of the labor-intensive maintenance of the peonies had to be hired out. Because the hired hands didn’t share Howard’s enthusiasm for the peony plants, sometimes the plants didn’t receive the attention they needed to thrive.

Scott said sometimes the peony plants were sprayed with chemicals meant to prevent weeds, which damaged the peonies they were meant to protect.

In 2010, Howard decided to sell the farm and the Sjuts purchased the place to make a home for them and their two sons, Harrison and Preston.

Scott said shortly after they moved in, a 104-year-old woman, Agnes Anderson, visited. Anderson told Scott and Nikki stories about how she came out to the gardens as a child with her family.

And Anderson wasn’t the only visitor the newly planted family had.

Many visitors were concerned that the new owners were going to let the gardens go. For years, they had come to view and purchase the flowers and some worried that time was over.

“People like that are what made the difference for me,” Scott said.

While it wasn’t in their original plans for the new house, the Sjuts soon decided to take over where Howard left off in caring for the peonies.

“I feel we are the caretakers of it now,” Nikki said.

Before his death, Nikki said Howard used to come out to see the gardens and offer tips on their care.

Scott said the advice was helpful in learning about this new labor-intensive hobby. In his full-time job as a regional manager for Taco Bell, he hadn’t learned much about caring for flowers so he appreciated Howard’s advice.

“The flowers have been a learned passion,” Scott said.

News that the Sjuts would continue the tradition of the peony gardens was greatly appreciated by many longtime customers, like Gary and Paula Consbruck of Giltner.

Paula grew up down the road from the farm and remembers going there with her grandmother, Mildred Harmon. She said visitors would come dressed up in their Sunday best as though it were a special outing.

Paula moved away for a time, but sought out the garden when she moved back to the area.

For Paula, the peonies are used to decorate for family reunions and to spruce up grave markers for the Memorial Day weekend.

Peonies long have been considered a traditional flower to commemorate graves during the holiday because the plants come to bloom around that time every year.

The flowers also can be used for family reunions, weddings and other occasions, but Nikki said they only keep the garden open around Memorial Day because that is the height of the peony season. The plants can be cut and kept in a cooler for a time, but most sales are done over one weekend a year.

“We have a lot of people who come and get them to decorate graves,” Nikki said.

Generally, they see two types of customers. Some call ahead to place an order, wishing to pick them up later, packaged and ready to go.

Other customers enjoy visiting the gardens and choosing their own flowers to cut. They are given instructions about where to cut the peony so it will grow back the following year.

The business also has been good for their children. Not even school-aged when they moved to the farm, Harrison is now 15 and Preston is 13.

Both boys are active in the business, able to take orders, package and accept payment when needed. They also help care for the plants through the year.

Harrison is in FFA and has added jellies made from the peonies to their offerings as part of a supervised agricultural experience (SAE). Scott’s father helps the boys make the jellies and Nikki’s mother helps package flowers.

Preston has taken a special interest in learning about peonies and new ways to cultivate them. The family is working on creating hybrids with different colors, recently adding a yellow plant to the mix. They have well over 60 different varieties.

Scott said they favor heritage peonies. They have about a thousand beds spread out over four to five acres.

There are years when they spend more in chemicals to maintain the gardens than they make in profits, but Scott said it’s a worthwhile project. 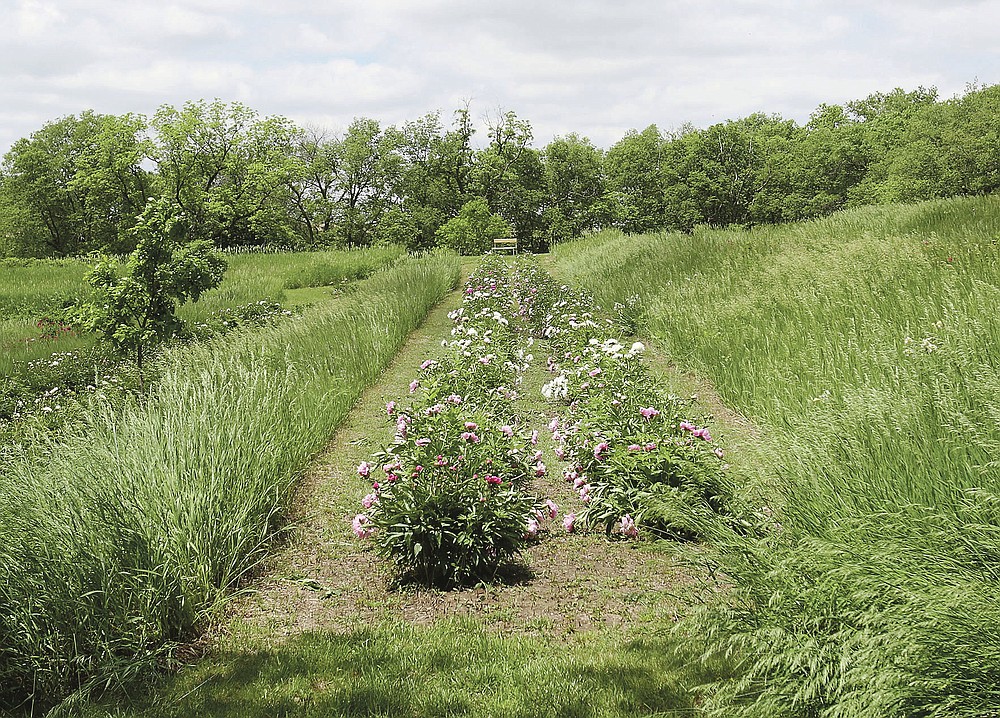 Rows of plants make up some of the five acres of peonies on May 27, 2021, at Sjuts Peony Garden south of Trumbull, Neb. (Laura Beahm/The Hastings Tribune via AP) 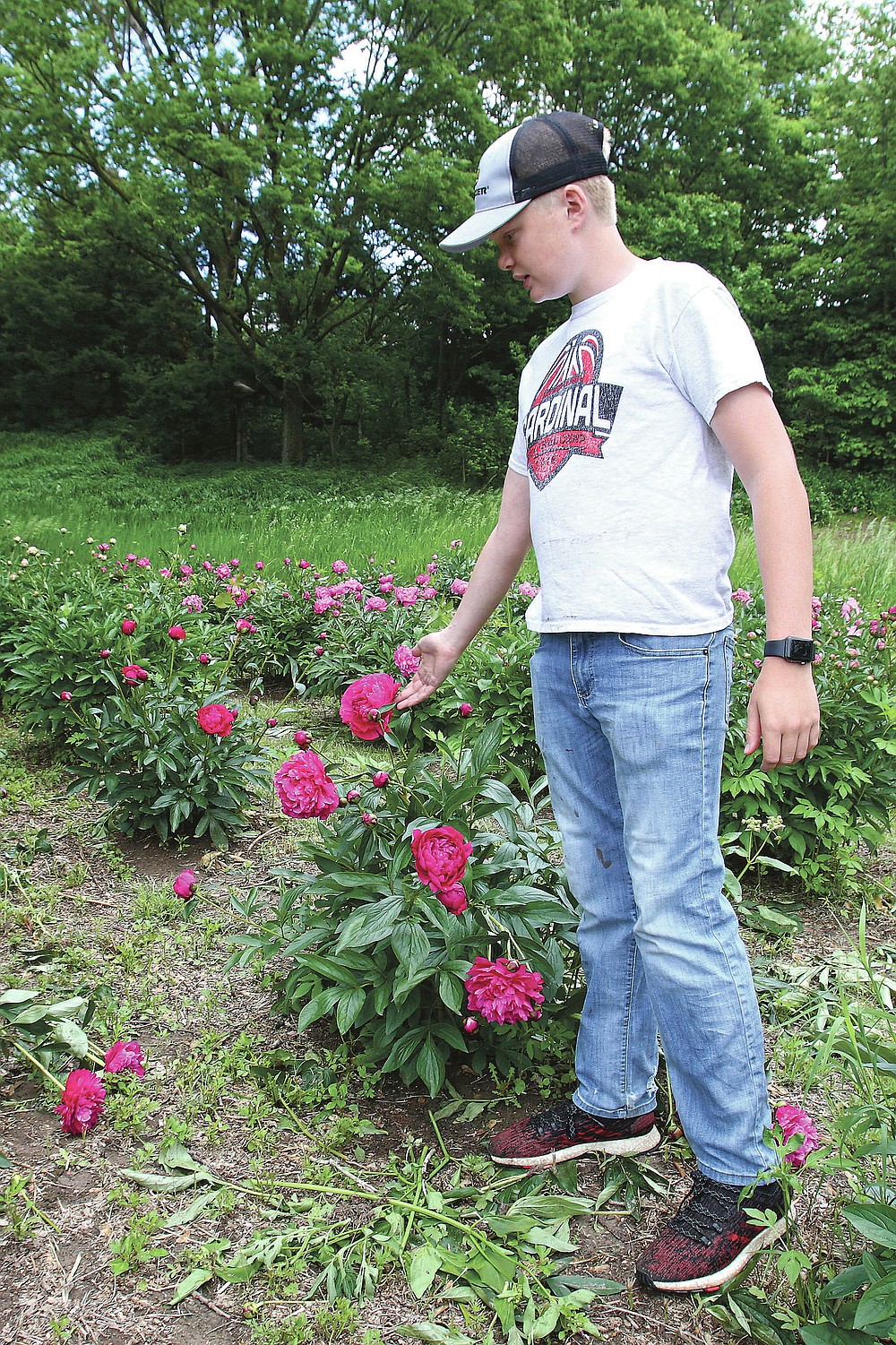 Preston Sjuts talks about some of his favorite varieties of peonies Thursday, May 27, 2021, during a tour of Sjuts Peony Garden south of Trumbull, Neb. (Laura Beahm/The Hastings Tribune via AP) 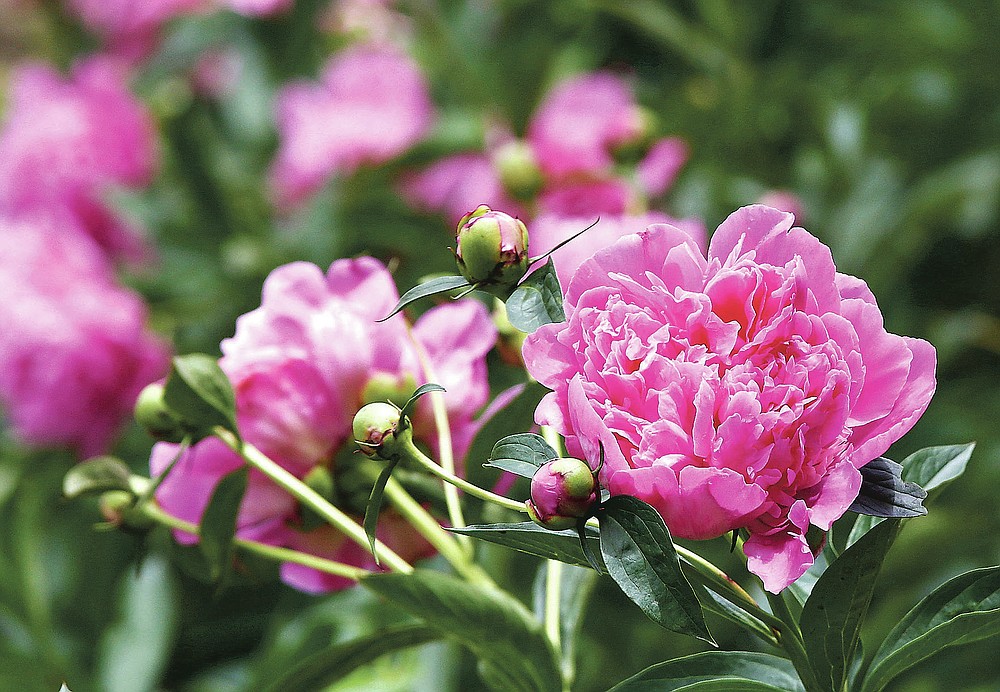 From Consummate Slacker to Candidate For ‘Most Improved’

Micron Stock Is a Buy as the Global Chip Shortage Continues

Beeple, Top Shots, and the Blockchain of Collectibles:…